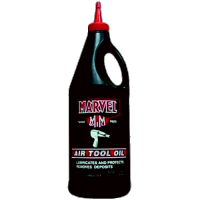 How to fix a frozen air compressor

There are all sorts of symptoms of a frozen air compressor – blocked output, a surge in power consumption, and difficulty in disconnecting air power tools are just some examples.

Running a compressor in subzero conditions can create all sorts of problems, and it’s not just your air compressor that has a safe operating temperature range – hoses and air tools will often be rated for no lower than -10C and in some cases should not be used below freezing point at all.

However, some components can run much colder than that, and it’s not unusual to see -20C specified, so again it’s sensible to check all of the different parts of your air compressor system and understand how they will each be affected as temperatures fall below freezing.

To fix a frozen air compressor, first you need to diagnose the problem, so thoroughly check your compressed air system, hoses and tools, and call in an expert if you’re not sure.

Common problems at low temperatures include condensates freezing inside the pipes, which can effectively narrow or completely block the pipes – so you might want to consider installing a new air dryer to reduce condensate levels.

Oil and other lubricants can be thicker at very low temperatures, so make sure you have the right kind of oil for winter conditions, and that your lubricant levels are topped up, or your power consumption is likely to rise.

Clean or replace air filters to help improve efficiency on cold days – a clean air filter will cope better with thicker oil when the ambient air temperature is very low.

Insulation around the fixed pipes and air hoses in your compressed air lines can help to pre-emptively tackle any problems with cold ambient air temperatures too.

To fix a frozen air compressor pipe, check what the problem is – has it been blocked by frozen condensates, has a valve frozen closed or open, or have expanding frozen fluids caused it to crack or split?

Some of these problems can be fixed by gently raising the temperature around the blockage. Where permanent damage has been caused, consider replacing the air compressor hose with one rated for lower ambient temperatures.